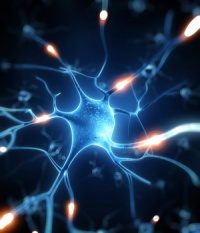 Imagine an electrical wire with a fraying plastic coating. This analogy demonstrates the neurological damage patients with symptoms of multiple sclerosis suffer with. As a result, there are many different symptoms a patient may experience. The following is only a partial list, but includes some of the most common signs and symptoms:

The severity of symptoms and the length of time they last can also greatly vary depending on the person. Some patients initially experience strong symptoms, and then they suddenly disappearance as the disease enters a period of remission. A remission can last weeks, or even years, in some cases. Others may experience a more insidious process wherein mild symptoms develop slowly over time but ultimately increase in severity.

The cause of multiple sclerosis is not known at this time, although there are several risk factors to be aware of. People at risk include:

It is very interesting to note that while those living in temperate climates have a greater risk factor than people living in in geographical areas with more severe weather, it is the extremes in temperature that can bring about or exacerbate symptoms of multiple sclerosis. For this reason, immersing oneself in hot or very cold water is not advisable. Avoiding sudden, extreme changes in temperature is recommended as well.

A patient diagnosed by a physician with multiple sclerosis is most likely treated with the proper pharmaceutical drugs to help manage their symptoms. In addition to this treatment, there is very promising evidence that use of acupuncture and Oriental medicine can help mitigate symptoms and some complications of multiple sclerosis. Complications include: depression, problems thinking clearly, and emotional instability.

An article called "Acupuncture and Multiple Sclerosis: A Review of the Evidence," was featured in the journal Evidence-based Complementary and Alternative Medicine, volume 2014. In this article, the authors assessed the validity of using acupuncture and Oriental medicine to treat symptoms of multiple sclerosis. To do this, the researchers reviewed many scientific studies on the subject to reach their conclusions. The use of electroacupuncture showed particularly outstanding results.

Electroacupuncture involves the use of a mild electrical current to stimulate the needles applied at the proper acupuncture points. The current is always connected between two points and is especially helpful in stimulating a healthy flow of Qi (energy). Qi is a primordial energy on which of all life is based. It is vital, therefore, that the flow of Qi remains free and unhindered to deliver healing components where they are needed in the body.

In this review article, researchers demonstrated that remyelination, a repairment of the damaged myelin sheath, occurred in a significant amount of study participants. Additionally, electroacupuncture showed an outstanding ability to produce anti-inflammatory responses in the body and help reduce levels of pain. The conclusion was drawn that electroacupuncture would be a viable, secure treatment for patients suffering from symptoms of multiple sclerosis.

Other studies, including those looking at traditional acupuncture (without the use of electro-stimulation during treatment), also showed potential in regards to treating the mental and emotional challenges faced by patients with multiple sclerosis. Subjective feelings, such as depression and the ability of the patient to handle their illness, were measured and shown to improve. Whether one suffers from mental or emotional issues, in addition to the physical symptoms of multiple sclerosis, acupuncture and Oriental medicine can offer holistic treatments specifically tailored to the patient's needs.

Find an Acupuncturist near you to learn how acupuncture and Oriental medicine can help you!

About Neurological Issues and Strokes

Q: I have been diagnosed with a severe case of carpal tunnel syndrome and surgery has been recommended. Would acupuncture cure/relieve my pain so that I don't have to undergo surgery?

A: Acupuncture and Chinese medicine are extremely successful in the treatment of carpal tunnel syndrome. Your acupuncturist will have to look... Read More