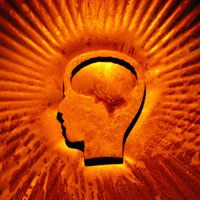 Acupuncture can significantly improve learning and memory capacity that has been impaired by hyperglycemia and cerebral ischemia, according to a new study.

The study that was published in the October 2008 issue of the journal, Neuroscience Letters, reported on whether electroacupuncture (acupuncture needles stimulated with a mild electrical current) could improve learning and memory which was typically impaired in diabetic rats with cerebral ischemia.

The researchers remarked that previous investigations have demonstrated that electroacupuncture can improve primary and secondary symptoms such as peripheral neuropathy and diabetic encephalopathy in diabetic rats.  They believe that the positive results of this study warrant further investigation.

Q: Does anyone have experience with treating cellulite with acupuncture?

A: The best Chinese medicine technique for reducing the appearance of cellulite is cupping.How Cupping Works to Reduce CelluliteBy creating suc... Read More