Acupuncture increases chances of success in IVF by 65% 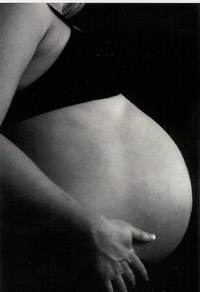 Women undergoing IVF were 65 percent more likely to become pregnant when they combined the procedure with acupuncture, a recent study has shown.

The remarkable success rate occurred across seven acupuncture trials involving 1,366 women in a systematic review and meta-analysis published in a February, 2008 issue of the British Medical Journal.

Acupuncture was delivered either just before or just after embryo transfer " the moment when the embryo fertilized in the laboratory must attach itself to the wall of the womb to establish a pregnancy.

The research was carried out by scientists from the University of Maryland in America and the VU University Amsterdam in Holland. Researchers claim that because acupuncture costs only about $75 per session compared to $6000 to $10,000 per cycle for IVF, it would be a cost effective, safe and efficient way of boosting success rates in fertility treatment.

It is thought that acupuncture stimulates the neurotransmitters that trigger the production of gonadotrophin-releasing hormone, which controls the menstrual cycle and a woman's ovulation.

Acupuncture is also thought to stimulate blood flow to the uterus and boost the production of endogenous opioids, inducing the body to relax.

Acupuncture has been used in China for centuries to regulate fertility. It has also been shown to be an effective treatment for chronic pain as well as many common and uncommon disorders.  You can find an acupuncturist on www.Acufinder.com.

Conditions that are commonly treated with acupuncture

A: Evidence that Acupuncture and Herbal Medicine have been used to aid fertility can be found in early medical literature dating back to 3AD.... Read More