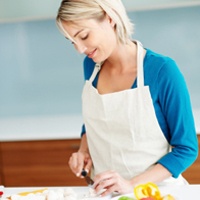 Every year millions of people suffer from bouts of vomiting and diarrhea due to food poisoning. The Centers for Disease Control and Prevention (CDC) estimates that there are as many as 33 million cases of food poisoning in the United States annually.

While most cases are mild and pass so rapidly that they are never diagnosed, occasionally a severe outbreak creates a newsworthy public health hazard. The recent outbreak in the United States is such a case.

More than 11 weeks into the biggest Salmonella outbreak linked to fresh produce ever in the United States, a strain of Salmonella has sickened over 869 people across the country, causing tomatoes to be pulled from shelves and restaurants.

Acupuncture and Oriental medicine can be of great help when it comes to relieving symptoms of and recovering from food poisoning. In most cases, the recommendation for food poisoning is to rest and drink plenty of fluids. Acupuncture and Oriental medicine can actually relieve symptoms, hasten recovery and also strengthen the digestive system to prevent future incidents of food poisoning, avert the development of chronic immune deficiencies and increase energy levels.

What is Food Poisoning?

Food poisoning is a general term for any illness arising from eating contaminated foods. Also known as foodborne illness, infectious diarrhea or gastroenteritis, food poisoning is generated by a variety of microorganisms including bacteria, viruses and parasites. The most common bacteria to cause food poisoning are salmonella, staphylococcus aureus, E. coli and shigella.

Food poisoning is marked by severe diarrhea, fever, cramping, abdominal pain, flu-like symptoms, vomiting and diarrhea. Most cases of food poisoning clear up on their own within a week without any medical assistance; however, it can take several months before bowel habits return to normal. Often the digestive system is severely weakened after a bout of food poisoning, making the infected person more susceptible to food poisoning in the future. A small number of persons with food poisoning develop an autoimmune disease called Reiter's syndrome. It can last for months or years, and can lead to chronic arthritis.
Diagnosis and Treatment of Food Poisoning

In Oriental medicine, food poisoning is recognized as dampness and heat in the stomach and intestines due to the ingestion of unclean food or drink. Traditionally, damp heat conditions were seen mostly in the summer months when heat and humidity are at their peak. It is interesting to note that the CDC confirms that most cases occur in the warm months between July and October.

Treatment of food poisoning is rest and hydration to prevent fluid and electrolyte loss through vomiting and diarrhea. Acupuncture and Oriental medicine can be used to relieve nausea and vomiting, hasten recovery by assisting the body to eliminate the pathogen faster, and strengthen the digestive system to prevent any reoccurrences as well as the development of a chronic immune disorder.

Is your digestive system functioning as well as it could?  Acupuncture and Oriental medicine are extremely effective at treating a wide array of digestive disorders.  Call a licensed practitioner near you for more information or to schedule and appointment.

Acupuncture treatments are aimed at draining dampness and heat from the intestines to remove the pathogen while simultaneously calming the stomach to stop nausea and vomiting. After the acute symptoms subside, treatments are focused on strengthening the digestive system and improving energy levels to bring about a full recovery.

While many different acupuncture points are used, depending on your specific symptoms and the state of your overall health, here are some acupuncture points that are commonly used to treat gastroenteritis:
Stomach 25 (St 25) and Ren 4 (Co 4) are two acupuncture points located on the abdomen around the umbilicus. They are used for abdominal pain, cramping and to drain heat and damp from the intestines.

Stomach 36 (St 36) is located on the shin, below the knee (see image above). It is a very powerful point used to adjust and balance the physiological activity of the digestive system and relieve stomach pain. It is one of the major points on the body for the GI tract. It triggers the body to increase the secretion of hydrochloric acid, dissolve food and move it out of the stomach and intestines.

Pericardium 6 (Pc 6) is located two finger breadths above the inside of the wrist. This acupuncture point alleviates nausea.

How to Prevent Food Poisoning

Here are four simple guidelines to ensure that your summer holidays are not memorable for all the wrong reasons!

* If you are ill with diarrhea or vomiting, do not prepare food for others, especially infants, the elderly and those with weakened immune systems since they are more vulnerable to infection.

Did you know that ginger is always served with sushi because of its ability to prevent food poisoning?

Ginger has been found to increase the secretion of gastric juice and the production of hypochloride. This means that food is digested more quickly; creating an unfriendly environment for bacteria that could wreak havoc with your stomach and intestines.

Ginger works as well at treating the symptoms of food poisoning as it does preventing them. In fact, ginger can be used for most digestive upsets that involve nausea, vomiting, cramping, abdominal pain, indigestion or diarrhea.

Whether your digestive problem is due to eating contaminated food, stomach flu, pregnancy or motion sickness, ginger is one of the most effective agents around!

A: Acupuncture points are located near or on the surface of the skin. Usually needles are inserted from 1/4 to 1 inch in depth. Depth of inse... Read More