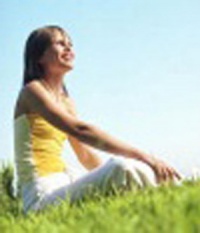 The American Cancer Society has reported that half of all men and a third of all women in the United States will develop cancer during their lifetimes. Although there are many forms of cancer, all forms of the disease begin with abnormal cells that grow out of control.

Unlike other illnesses that are eradicated by the body's natural defense system, cancer needs to be treated with powerful medical interventions. Unfortunately, most of the current cancer treatments available have some debilitating side effects. This is where acupuncture can provide real help, by decreasing many of the side effects associated with conventional cancer treatments.

Clinical trials have examined the effects of acupuncture on cancer and the symptoms caused by cancer treatment, including weight loss, cough, chest pain, fever, anxiety, depression, night sweats, hot flashes, dry mouth, speech problems and fluid retention in the arms or legs. Studies have shown that, for many patients, treatment with acupuncture either relieves symptoms or keeps them from getting worse.

Endorsement of Acupuncture for Cancer Treatment

Acupuncture continues to receive enthusiastic testimonials from patients and health care professionals alike. Prominent names in U.S. society and the medical community have attested to the efficacy of acupuncture as a supportive therapy for oncology treatment.

Many people are finding out that, although the treatments necessary to defeat cancer can be traumatizing and debilitating, they can get some relief through acupuncture.

Learn more about how acupuncture and Oriental medicine can can help you live a longer and healthier life! Find an acupuncturist near you!

A: Acupuncture points are located near or on the surface of the skin. Usually needles are inserted from 1/4 to 1 inch in depth. Depth of inse... Read More