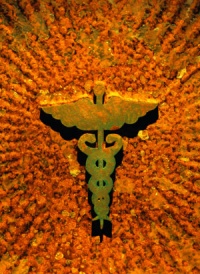 Acupuncture is as effective and longer-lasting in managing the common debilitating side effects of hot flashes, night sweats, and excessive sweating (vasomotor symptoms) associated with breast cancer treatment and has no treatment side effects compared to conventional drug therapy, according to a first-of-its-kind study presented September 24, 2008, at the American Society for Therapeutic Radiology and Oncology™s 50th Annual Meeting in Boston.

Findings also show there were additional benefits to acupuncture treatment for breast cancer patients, such as an increased sense of well being, more energy, and in some cases, a higher sex drive, that were not experienced in those patients who underwent drug treatment for their hot flashes.

Our study shows that physicians and patients have an additional therapy for something that affects the majority of breast cancer survivors and actually has benefits, as opposed to more side effects. The effect is more durable than a drug commonly used to treat these vasomotor symptoms and, ultimately, is more cost-effective for insurance companies, Eleanor Walker, M.D., lead author of the study and a radiation oncologist at the Henry Ford Hospital Department of Radiation Oncology in Detroit, said.

The reduction in hot flashes lasted longer for those breast cancer patients after completing their acupuncture treatment, compared to patients after stopping their drug therapy plan.

Eighty percent of women treated for breast cancer suffer from hot flashes after being treated with chemotherapy and/or anti-estrogen hormones, such as Tamoxifen and Arimidex. Although hormone replacement therapy is typically used to relieve these symptoms, breast cancer patients cannot use this therapy because it may increase the risk of the cancer coming back. As a treatment alternative, patients are generally treated with steroids and/or antidepressant drugs. These drugs, however, have additional side effects, such as weight gain, nausea, constipation and fatigue. The antidepressant, venlafaxine (Effexor), a selective serotonin reuptake inhibitor, is one of the most common drugs used to treat these hot flashes. However, many women decide against this treatment choice because of potential side effects, including decreased libido, insomnia, dizziness and nausea, or because they simply do not want to take any more medications.

The randomized clinical trial compared acupuncture treatment to venlafixine for 12 weeks to find out if acupuncture reduced vasomotor symptoms in breast cancer patients receiving hormonal therapy and produced fewer side effects than venlafaxine. The study involved 47 breast cancer patients who received either Tamoxifen or Arimidex and had at least 14 hot flashes per week. Results show that acupuncture reduces hot flashes as effectively as venlafaxine, with no side effects, and also provides additional health benefits to patients.

A: Acupuncture and Chinese medicine are extremely successful in the treatment of both chronic and acute cases of otitis media or middle ear inf... Read More