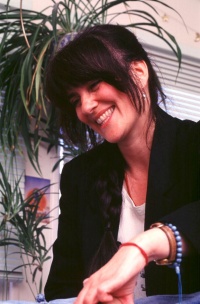 Shonishin pediatric acupuncture (sho=little, ni=children, shin=needle) is a specialized form of treatment for infants and children that became renowned in the 1700s in the Osaka region of Japan. To this day, Japanese parents regularly bring children for shonishin treatment, and the shonishin approach is increasing in popularity around the world.

Children's bio-energetic systems are not fully formed and, being at the most "yang" phase of their existence, their energy (Qi) moves extremely rapidly. Consequently, children's systems can be easily over stimulated, and health problems can progress rapidly.

Shonishin focuses on gentle, specialized, mostly non-inserted treatment techniques that children find comfortable and even pleasurable.  Dramatic results can be obtained even with very light treatment.

The ancient classics of China, such as the Ling Shu, describe nine types of needles, several of which were clearly never intended to pierce the skin. Three of these non-inserted needles – the enshin, the teishin, and the zanshin – are considered basic to the practice of shonishin pediatric acupuncture. Over the years, many additional tools and supplementary techniques have been designed specifically for pediatric therapy.

Shonishin techniques involve rhythmic stroking, rubbing, tapping, and pressing the skin to give different kinds of gentle stimulation. These techniques harmonize and fortify the child's vital energy, and strengthen the child's constitution.

Shonishin is used to treat a wide variety of problems, including:

The specifics of the treatment (frequency, dosage, strength) depend on the practitioner, the age, and condition of the child, among other factors. Treatments for children are actually very brief: a typical treatment generally lasts only one to five minutes. Generally speaking, the older the child, the longer the treatment. It's particularly important that the practitioner develops a touch (and a heart) that a child responds to!

The key to successful Shonishin treatment is "less is better." The beauty of Shonishin is its simplicity, gentleness, and effectiveness.

Published in Acufinder: The Magazine, December 2007

About the Author: Brenda Loew, M.Ac., L.Ac., specializes in Japanese-style acupuncture, particularly Toyohari Meridian Therapy, Shonishin (pediatric acupuncture), and Manaka Yin-Yang Channel Balancing Therapy. Brenda has a practice in Seattle, Washington where she also teaches at Bastyr University. She has studied Toyohari Meridian Therapy since 1994, with advanced studies in the U.S., Europe, and Japan, and is an approved U.S. instructor for the Toyohari Association. She is President Emeritus of the National Board of the Toyohari Association of North America (www.toyohari.org).

Q: What is the difference between Ear Stapling and Acupuncture for weight loss?

A: I have received many emails from acupuncturists and patients that are confused about the difference between ear stapling and ear acupuncture... Read More