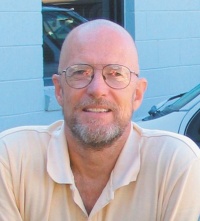 Colic is a word that can strike fear into the hearts of parents everywhere. But it needn™t be so. Acupuncture and Traditional Chinese medicine has a healthful approach to preventing and treating colic that parents have sworn by for thousands of years.

Colic is the bane of many new parents. It refers to inconsolable, extended crying in a baby who is otherwise healthy and well-fed. Of course, every baby cries, but babies who cry for more than three hours a day, three to four days a week, commonly have colic. Approximately 20 percent of babies develop colic, and it affects both boys and girls equally, as well as first-born children and those born later. In general, it appears at around two to four weeks of age and can last for three months or longer in some cases.

Colic follows a typical pattern: The infant begins crying in the late afternoon or early evening, continuing to cry for hours no matter what parents do to calm the child. Often, the only thing that quiets a colicky baby is continual movement, which is why parents usually pace the floor with baby in their arms, or even drive around with the baby in the car seat for hours on end. As parents who have had colicky babies know, it™s enough to drive you to distraction.

According to Western medicine, the cause of this age-old complaint is unknown, and thus there is no treatment for colic. The good news is that traditional Chinese medicine (TCM) has several inexpensive (or even free), time-tested remedies for colic. As both a parent and a professional practitioner of TCM, I can tell you that these really work.

Chinese medicine calls colic night-crying in infants, and its main cause is indigestion due to overfeeding. According to TCM theory, the spleen and stomach " the two main organs involved in digestion " are still developing and inefficient in children until around six years of age. This inefficiency means that any food that is difficult for a child younger than six to digest can cause a medical pattern TCM calls food stagnation (or food damage) " and the younger the child, the more pronounced the condition can be. Food stagnation refers to improper digestion of the food, which then is retained in the stomach and intestines. This food stagnation causes a distended belly and a sense of fullness that the baby experiences as a stomachache. Very commonly, you will see colicky babies pumping their legs towards their abdomens in an effort to expel gas and  force the stagnant food substance downward.

If colic was only caused by the inherent immaturity of a baby™s spleen and stomach, then all babies would have it " and, as we know, not all do. So why then do some babies develop colic, while others do not?

The TCM answer is straightforward: unregulated feeding, which in this context can mean either of two things:

In general, TCM maintains that babies should be fed on a schedule, not on demand. If a baby is put to the breast or given a bottle every time he or she cries, this may and often does cause food stagnation. After all, a baby may cry for reasons other than hunger " physical discomfort, fatigue, and boredom are common reasons. Unfortunately, in North America feeding on demand is the current guideline.

Also, TCM teaches that solid foods should normally not be introduced until the child reaches around five to six months of age. If solids are introduced earlier than that, the baby™s immature digestion may simply not be up to the task.

So why do colicky babies wait until evening to start crying? TCM has an answer to this question, as well.

During the daytime, one™s warm, defensive Qi mostly circulates in the exterior or surface parts of the body.  However, as the sun sets, this defensive energy retreats from the surface into the interior of the body. During this retreat, this warm Qi comes to the stomach and intestines. If there is food stagnation in the stomach and intestines, this will hinder the free flow of Qi through those organs, and then deeper on into the body. In other words, this defensive Qi backs up behind the food stagnation and causes more distention and fullness. It is the baby™s experience of this discomfort that then causes all that crying.

The Two Types of Colic

To diagnose colic, the TCM practitioner looks at the baby™s facial color as well as the color of his or her finger and toenails.  The practitioner then feels the baby™s extremities, testing his body warmth. Next they palpate the baby™s abdomen. Often this is distended and full. Then the practitioner will look at the area between the baby™s two eyebrows. The bluer this area is, the weaker the baby™s spleen-stomach. This is followed by examining the palmar surface of the child™s index finger.

If there is an engorged vein at the base of the index finger, this indicates food stagnation. Given all this, the practitioner will then question the parents about how and what they are feeding their child as well as on the tendency of the baby to vomit back up milk they have just eaten or spit up any sour smelling, curd-like vomit. If all this is positive, then the baby™s night-crying is due either to hot or cold colic.

Generally, the TCM practitioner will first adjust the baby™s diet. This means putting the child on a feeding schedule and/or taking the child off hard-to-digest foods.

The practitioner will also instruct the parents how to massage their baby™s abdomen in order to move the stagnant food down and out. This is often all that is necessary to get rid of colic.

However, if these simple measures do not work, then the TCM practitioner may suggest a professionally administered pediatric massage, called pediatric tui na, and possibly treatment with digestive Chinese herbs. These Chinese herbs are specific for relieving food stagnation, and they are dosed specifically for the baby™s size, weight, and condition. Usually, such Chinese herbal preparations are administered in liquid form, often by an eyedropper. However, there are some very, very tiny Chinese herbal pills that are made specifically for infant colic. These can be tucked into the baby™s mouth as they suckle or while they are eating.

TCM is often very effective in reducing the severity of infant colic in as little as one to two days, and eliminating it altogether in a week. In my 30-plus years of clinical practice, I have treated scores of babies with colic " with an almost 100 percent success rate.

So, if your newborn is suffering from colic, try traditional Chinese medicine. I feel confident you will be among those parents who are glad they did.

About the Author
Bob Flaws is the single most prolific writer on traditional Chinese medicine in English. Author, translator, and editor of over 100 books and scores of articles in both professional journals and general magazines, he regularly teaches around the world. Flaws is also a founder, past president, and lifetime fellow of the Acupuncture Association of Colorado, a fellow and past Governor of the National Academy of Acupuncture & Oriental Medicine, past editor of the National Academy™s journal, a fellow of the Register of Chinese Herbal Medicine (UK), a founder of the Council of Oriental Medical Publishers, and the founder, publisher, and editor in chief of Blue Poppy Press, Inc. Flaws has been in private practice in Boulder, Colo., since 1979, where he specializes in gynecology, pediatrics, and complex internal diseases.

Q: I have high blood pressure.  Can acupuncture help?

A: Yes!  A German study published in the June 2007 issue of Circulation found that acupuncture significantly lowers both systolic and dias... Read More