Relieve Your Seasonal Allergies with Acupuncture 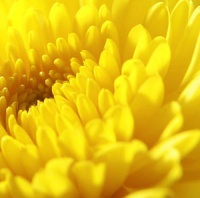 Acupuncture has been used to treat seasonal allergies for centuries with great success. According to traditional medicine, treatment is directed toward clearing the nasal passages, supporting the immune system and strengthening the systems of the body to prevent allergic reactions from recurring.

What Are Seasonal Allergies?

Commonly called hay fever or allergic rhinitis, a seasonal allergy is an allergic reaction to a trigger that is typically only present for part of the year, such as spring or fall. Pollens that are spread by the wind are usually the main cause of seasonal allergies. People who are allergic to pollens are also often sensitive to dust mites, animal dander, and molds.

Spring is traditionally the main season when allergies blossom because of new growth on trees and weeds. Fall, which ushers in a whole different set of blooming plants, as well as leaf mold, is a close second. Airborne mold spores can be found almost year round, along with other common allergens such as dust, dust mites, and animal dander.

About 26 million Americans endure chronic seasonal allergies, while the number of people with milder symptoms may be as high as 40 million, according to the National Center for Health Statistics.

While there are many Western medications to treat the symptoms of seasonal allergies, these treatments can cause unwanted side effects, such as drowsiness and immune system suppression as well as an over-reliance on medications. These side effects have motivated many people to search for alternative approaches like acupuncture and Oriental medicine to manage their allergies.

According to Oriental Medicine, allergic rhinitis is related to Wind and a deficiency of the Protective Wei Qi. Wei Qi is the Qi, or energy, that flows at the surface of the body as a protective sheath and is responsible for resistance to colds and other respiratory infections. People with a deficiency of Wei Qi catch colds easily and are more susceptible to allergens.

When treating with acupuncture, underlying imbalances within the body are addressed and a treatment plan is developed to relieve the acute symptoms of allergic rhinitis while also treating the root problems that are contributing to the body's reaction to allergens. Treatments often include dietary modification, the use of specifically chosen herbal formulas, and acupuncture.

Seasonal acupuncture treatments just four times a year also serve to tonify the inner organ systems and can correct minor annoyances before they become serious problems. If you experience seasonal allergies, now is the time to schedule an appointment.

Find an acupuncturist near you today to see what acupuncture can do for you!

Read More about Acupuncture and Oriental Medicine for Allergies!

A: Each year, people across the globe vow to finally quit smoking for good only to watch their resolution go up in smoke. If you have tried to ... Read More