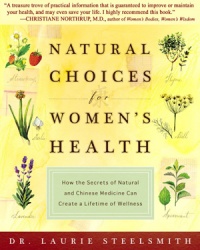 For centuries the Chinese have associated vibrant health and longevity with both abundant kidney Qi and strong libido. In Chinese medicine your kidney Qi and Essence direct your sexual development and keep your libido healthy; improving the health of your kidneys often means increasing the health of your libido. Some of the most expensive and sought-after kidney-supportive Chinese herbal formulas have become known as aphrodisiacs; they enhance sex drive and performance because they build kidney yin, kidney yang, and kidney Essence.

Many also enhance immunity, energy, and stamina, giving them a profound impact on your overall healthand longevity. According to Anne Marie Colbin, author of Food and Healing, "An aphrodisiac is a substance that will expand and relax someone who is sexually too tight, or contract and strengthen someone who is too spacey and scattered." A number of Chinese herbal aphrodisiacs have both of these properties; they contain compounds that can stimulate as well as sedate your nervous system.

This may sound surprising, but because of their dual actions Chinese herbal aphrodisiacs are legendary. The Chinese have invested a few thousand years of research in perfecting herbal formulas for preserving sexual vitality. However, it is sometimes difficult for Westerners to understand that these formulas are meant to be used within the context of boosting every aspect of your health. In the age of Viagra, it cannot be emphasized enough that taking a single drug or herbal formula does not make you sexually potent. Great health and vitality are what give you sexual vigor.

The following are some of the best Chinese herbs with aphrodisiac properties. You can find them in many Chinese herbal formulas traditionally given to enhance libido and sexual performance, and in those prescribed for women who are infertile or menopausal. (Chinese herbal formulas are mixtures of herbs that have specific effects when combined together.) Here, these herbs are recommended primarily for their ability to enhance your kidney Qi and kidney Essence. Taking increased amounts of these herbs is not always beneficial; too much may have the opposite effect. For instance, if you take an excessive amount of an herb that strengthens your kidney yang when you are lacking kidney yin can create an imbalance in your Qi and result in a lack of libido. For best results, consult with your practitioner of Chinese medicine.

About the Author
Chinese Herbal Aphrodisiacs is an excerpt from Dr. Laurie Steelsmith's book Natural Choices for Women™s Health; How the Secrets of Natural and Chinese Medicine can Create a Lifetime of Wellness, published by Random House in 2005. Dr. Steelsmith is a naturopathic physician and licensed acupuncturist in Honolulu. You can reach her and learn more about her book at www.drsteelsmith.com

A: Yes it can.  A number of studies have been conducted on treating IBS with Chinese medicine, especially in China. These studies have doc... Read More