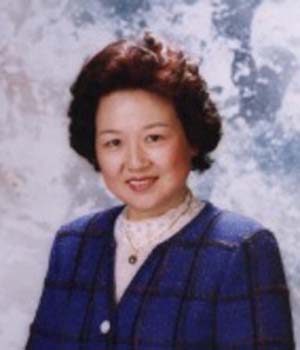 Ming Jin received eleven years of training at the Shanghai University of Traditional Chinese Medicine, one of China’s leading medical schools, studying Oriental and Western medicine. She was an attending physician at Shanghai Wu Song Hospital for her medical residency. Afterward she returned to the Shanghai University of TCM as a graduate student specializing in TCM Cardiology. Employed by the university after completing her Masters’ Degree, she went on to post-graduate studies in gynecology and became one of the first women in China to earn a Ph.D. in Traditional Chinese Medicine.

Ming Jin’s over 30 years of clinical expertise is matched by her tireless dedication to her patients. She creates a natural health care plan tailored to meet the individual needs of her patients. It carefully considers the patient’s age, sex, health condition and the season of the year – all-important considerations in Chinese medicine. She established Ming Qi Natural Healthcare Center in 1991 with offices in Manhattan and Queens. The center has more than 12,000 patients, where 40-50 patients are treated daily.

She also works at the Memorial Sloan-Kettering Center’s Integrative Medicine Department as an acupuncturist. She is a co-investigator for NIH’s clinical research on acupuncture treatment for cancer patients with chronic fatigue, hot flashes, chest pains, and pain management. Ming Jin has a keen understanding of Western medicine as a result of her training in cardiology, gynecology, and pioneering research on herbology. She recently developed clinical trials for herbal teas with the help of Shanghai University of TCM for conditions such as fibroids, shingles, prostate problems, and menopause syndrome.

Ming Jin has taught at the Pacific College of Oriental Medicine and New York Acupuncture Institute teaching diagnosis and evaluation and TCM OB-GYN. She was also a guest lecturer at Princeton University and New York University on the connection between TCM and Western medicine. She frequently lectures at the Learning Annex to promote and educate the general public on TCM.

Ming Jin has written and taught widely on Traditional Chinese Medicine (TCM). She co-authored an encyclopedia of Chinese medicine, the first book of its kind. The four-volume work contains nearly 500,000 words. Clinical research publications include topics on the treatment and prevention of coronary heart disease with TCM, adjustment of immune system using TCM, research on acupuncture anesthesia and reduced bleeding in obstetrical surgery in China, and 500 case analyses on Traditional Chinese medical rehabilitation of breast cancer patients treated with chemotherapy in China.

Several magazine and newspaper articles have been printed on Dr. Ming Jin:

The acupuncture office of Ming Jin in New York, NY is within driving distance from the following cities:

Q: How would acupuncture treat diabetes, along what meridians, and why?

A: Diabetes Mellitus (Type 1 and Type 2) corresponds to the traditional medical diagnosis of, 'xiao ke' or 'Wasting and thirsting disease'. T... Read More