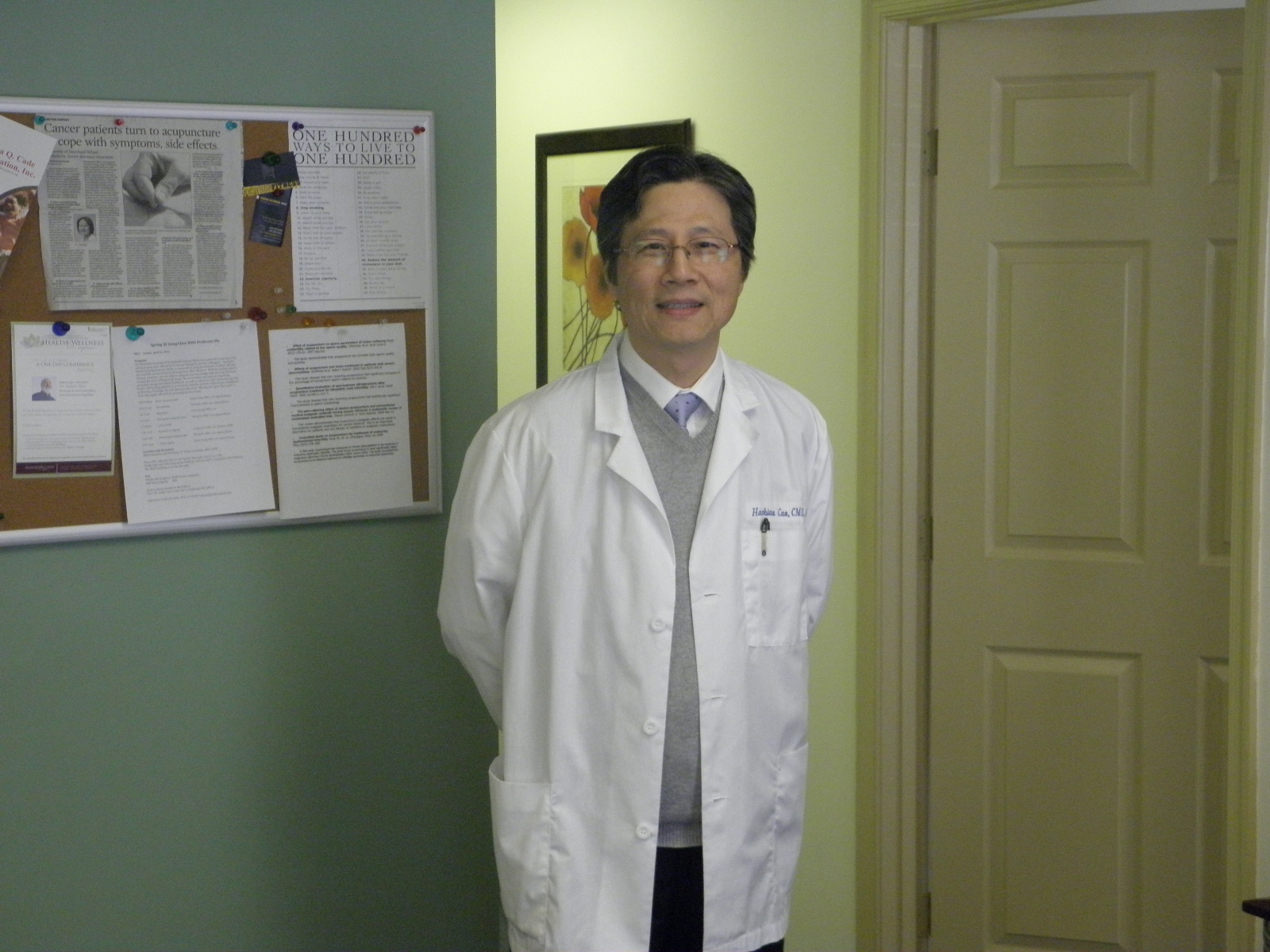 Hanbiao was a medical doctor in China and has been extensively trained in both Western and Chinease Traditional Medicine. He is a well experienced acupuncture and Traditional Chinese Medicine (TCM) practitioner. After graduating from the Shanghai University of TCM, he has been practicing in China, Japan and America for over 30 years. To spread TCM, he has also dedicated himself to the education of TCM in Japan for 4 years.

Hanbiao graduated from Shanghai University of TCM in 1984 with a Medical Bachelor Degree in China. Then he got a position in Shanghai Institute of Acupuncture & Meridian and worked there as a junior researcher and practiced in the Institute’s outpatient department. While working in the Institute, Hanbiao pursued further training and completed his Master program in the Graduate School of Shanghai University of TCM. In 1989, he was granted his Medical Master Degree majoring in acupuncture.

Hanbiao entered the Shanghai Institute of Acupuncture & Meridian in 1984, and had worked as a researcher in the field of Ancient Chinese Acupuncture Theory until 1989. At the same time, he served part time at the outpatient department of the Institute as an acupuncture doctor.

When he was in Japan since 1991, Hanbiao kept doing practice in the fields of both Acupuncture and Chinese TuiNa therapy—a therapeutic bodywork from TCM. In the fall of 1996, Hanbiao co-found a complementary medical school in Tokyo, and had served as the dean and later the president while giving students lectures at class and supervision in the school’s student clinic. Hanbiao had been tremendously active with compassion in the school—Research Institute of Holistic Therapy until he left Japan in the summer of 2000.

In 2001, Hanbiao was nationally certified in Acupuncture by the National Certification Commission for Acupuncture and Oriental Medicine (NCCAOM) in the U.S.A. He has been licensed in Maryland since 2002 to practice Chinese Acupuncture in Baltimore and Ellicott City /Columbia area.

Patient Centered Healing. Acupuncture “awakens your body’s intelligence”. Based on the principles of TCM, to view each patient as a unique individual. By using acupuncture, herb or TuiNa therapy as a combination upon patient’s differentiated condition, to facilitate the body’s self-repair and healing mechanism, and help each individual’s restorage of natural energy.

The acupuncture office of Hanbiao Cao in Laurel, MD is within driving distance from the following cities:

Q: Every year I get several colds and one bout of the flu. Can acupuncture help?

A: Yes. Acupuncture is very beneficial if you have a cold or the flu. The common cold is the number one reason that people visit their primary ... Read More